The Club exists to provide an opportunity for our players to experience a high quality program of developmental and competitive football in a friendly and open environment. 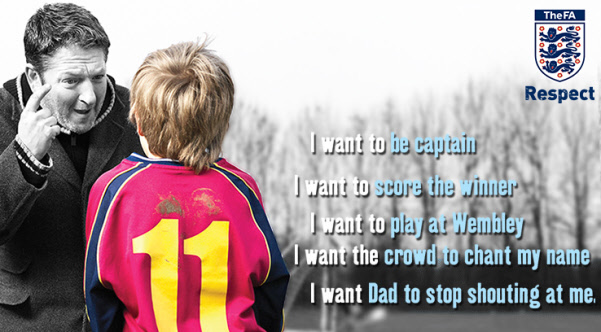 Children who become involved in football experience many important footballing as well as life lessons which can be taken forward in to their every day lives.

As a club, we encourage parents to become involved, whether as spectators or coaches, as they play a critical role in assuring that these experiences for our youth are positive and appropriate. To this end, the football club insists that a set of standards are followed by our players, the parents, the coaches and everyone involved in the club is adhered to, to ensure a minimum standard of RESPECT is maintained at all times.

It is crucial that all of our players are free to enjoy the game without any pressure from any individuals, including the coaches, the parents and the opposition. To help achieve this, we insist all involved with the club adhere to these follow set of guidelines: